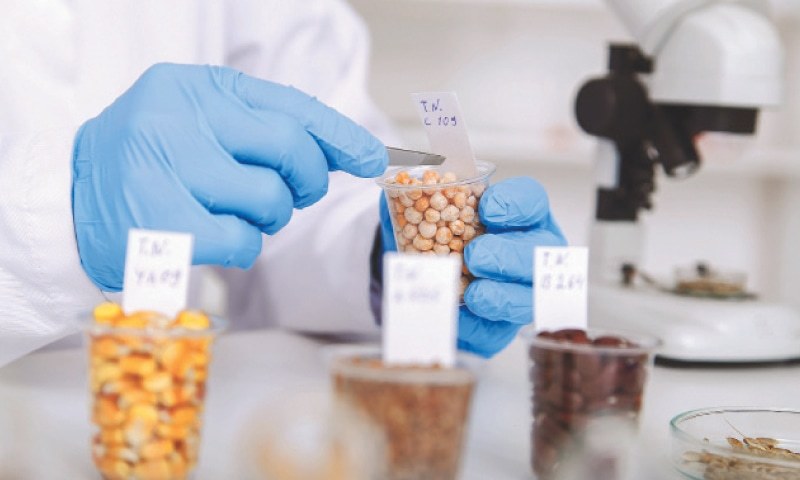 PAKISTAN, with a Rs220 billion seed market potential, is attracting multinational and local seed companies. At present, more than 750 private seed companies are officially registered, though only half of them are functional.

Both local and foreign experts agree that the farming community is keen to adopt new technology and improved seed varieties, but various technical and administrative obstacles exist. The overall availability of quality seed has only been able to meet around 20pc of the total demand for the last 15 years.

Lance Wang, vice-president of Monsanto’s Asean and Pakistan chapter, is impressed by the willingness of the local farming community to embrace new technology, but regrets the slower rate of mechanisation of the agriculture sector.

Jamshed Iqbal Cheema, president of the Pakistan Agriculture Scientists Association, endorses this view. He says that social approval for new technology exists in Pakistan, unlike in China, India and some other countries.

The large market potential is, however, arousing controversies among stakeholders, thus becoming a major challenge for the sector. Besides health risks associated with genetically modified (GM) seeds, there are concerns among farmers that the new technology monopolises the local market, leading to overcharging.

Mr Cheema believes that the high number of seed companies is the biggest impediment to the development of the seed market. He advocates promoting only those companies which have proper facilities for research, storage and marketing, have breeding programmes and can carry out farmer awareness campaigns.

“Pakistan is among the top 10 agricultural producers of many crops, including cotton, wheat, sugarcane, rice, but when it comes to seed production we are not even mentioned in the top 30 or 40 countries,” he regrets.

Referring to overpricing, Mr Wang says Monsanto is not the only provider of technology in the market. He says farmers are smart, no matter they are in Vietnam where they own small pieces of land or in Pakistan where they own 10 hectares on average.

And they make best decisions in an open market, he believes. “If they don’t see the value of the thing they’re paying for, they won’t go for it. Each year they’ll have the chance to decide which seed and other products to choose for plantation.”

He claims that on an index of 100, farmers will take 78pc share of the benefits in the crop technology trade.

A former Punjab agriculture minister, who did not wish to be named, seconded the view that farmers would be the biggest beneficiary of the new technology. But he urged caution before opting for biotechnology, terming it a double-edged sword.

“Contrary to the impression of being pest-free, BT cotton failed in India due to pink bollworm attack, despite the fact that the seed used there was of second generation compared to the first-generation variety being used here,” he says.

He also questions the high price demanded by multinationals for the provision of the BT seed, and advocates striking a better deal to introduce third-generation BT seed.

Mr Cheema claims that multinational companies are seeking at least five times the actual cost of the technology. He also says that the farmers should pay one-time price only while purchasing a seed variety, not for each crop as demanded by some companies.

Some stakeholders also object to introducing the BT seed prepared in a foreign climate, fearing it may not produce good results in the local atmosphere.

Mr Wang addresses these concerns by saying that before government trials companies conduct their own tests to ensure that the technology works in the local environs. “For seed, we take extra care and conduct multiple tests, as seed is a living organism which may work in the United States but not in Pakistan because of a difference in temperature, fungus, disease, water and environs.”

Terming health concerns about GM foods a “propaganda”, he says some people wish there should be no biotechnology on this planet.

“The biotechnology is in the market for over 20 years. These products directly or indirectly go to food chains and billions of people have been consuming these foods. There is not a single study to suggest that anything went wrong due to consuming bio-products,” he says.

He argues that there has been no product or technology as fiercely regulated by the government in sthe United States as biotechnology. From environment to drug to agriculture, authorities check if the products have any direct or indirect adverse effects on environment, farm, animal or human health.

Similarly, in Europe and other counties there is a robust regulatory system in place to ensure that the biotechnology is safe.